Thames Valley Police (TVP) yesterday (28th July) seized a JCB telehandler, as part of a complex police investigation into Modern Day Slavery offences in Wantage. The telehandler was identified as stolen from the Wiltshire area in 2008. During the search local officers seized a number of power tools which were suspected as being stolen.

TVP made a number of arrests on the day in connection to modern day slavery offences, trafficking and theft. The investigation is on-going. 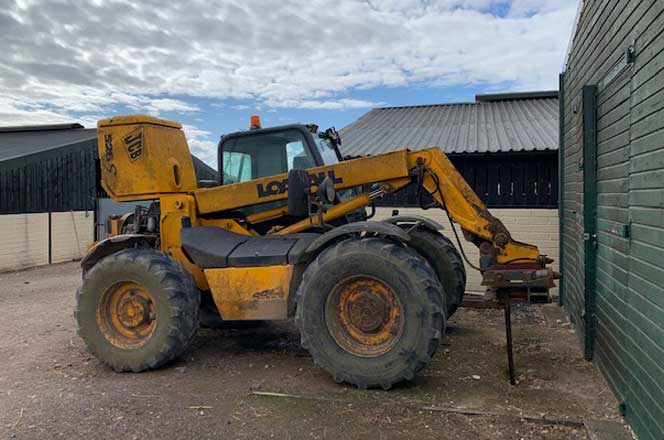