On the 27th October, the National Vehicle Crime Intelligence Service (NaVCIS) received a call that two telehandlers had been stolen.

Both machines were discovered at the Polish border with false VIN plates. The NaVCIS officers were able to see that the machines' CESAR numbers had been illegally removed, and called Datatag's call centre, who confirmed the machines had been stolen in the UK on the 16th and 21st October, and belonged to a major plant hire company.

The machines were impounded, and are in the process of being returned to their owner. 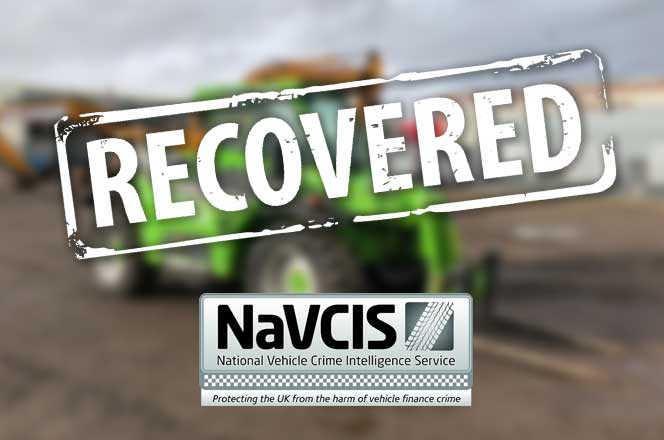