NaVCIS officers supported Environment Agency personnel during a raid at a Lincolnshire farm, which resulted in the recovery of over £60,000 worth of stolen items.

Amongst the items recovered included: a forest woodchipper which had been stolen in Lincolnshire in January 2022; a tracked dumper and a JCB Brush attachment which were stolen from Sunbelt Rentals in 2019; and a Kawasaki Mule, which was stolen in 2021 from Lincolnshire.

During the raid a Porsche Panamera, which had been stolen in February 2020 from South Yorkshire, was in the process of being stripped for parts.

Two males were arrested at the scene and enquiries are ongoing. 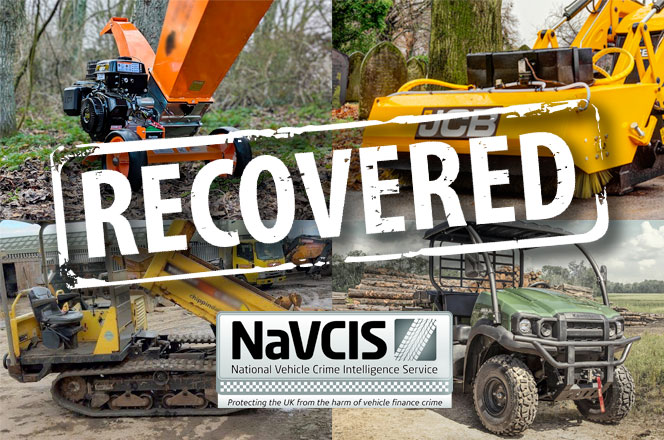